Andrew Holness, Jamaican prime minister, broke the good news in a post via his social media page on Monday.

“Congratulations to our sprint legend Usain Bolt and Kasi Bennett on the arrival of their baby girl!” he wrote on Twitter alongside a picture of Bolt.

Congratulations to our sprint legend Usain Bolt (@usainbolt) and Kasi Bennett on the arrival of their baby girl! 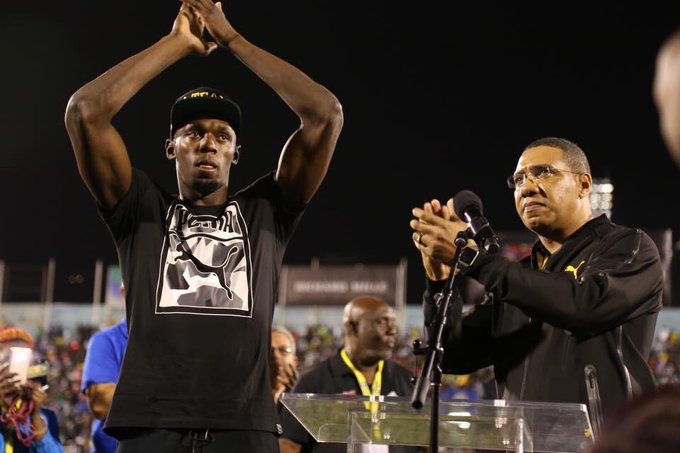 304 people are talking about this

The birth of the new baby comes weeks after Bolt had taken to his Instagram page to express his excitement at becoming a father.

“I just want to say a king or queeen is about to be here,” he had written in a terse post alongside a lovely picture of his wife.

The 33-year-old track and field great had a significant impact as a sprinter, snagging several world records, including being the fastest man in history after his heroics at the Berlin World Championships in 2009.

He would, however, call time on his career in 2017 after featuring at the World Championships in London, where he finished third in the 100m.

Following his retirement, the Jamaican announced his desire to pursue a career in football.

He had a short stint with Central Coast Mariners, an Australian football team, in 2018, he scored a brace as a professional footballer.