Facebook rolled out a tool this week to help Kenyan users spot fake news ahead of a hotly-contested presidential election that has seen supporters of rival candidates trade bitter words online.

Voters go to the polls on Tuesday to pick a president, parliament and regional representatives. Incumbent President Uhuru Kenyatta is running against his archrival, veteran opposition leader Raila Odinga.

Final polls have shown a tight race between both candidates after months of campaigning where supporters smeared each other on social media. 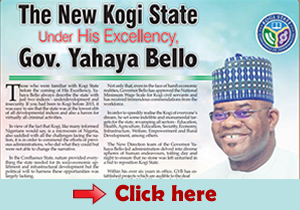 The torture and murder of a senior official at the electoral commission last weekend generated an avalanche of conspiracy theories and accusations.

A survey of 2,000 Kenyans carried out through mobile phone messaging found that nine out of every 10 respondents had seen fake news and half of consumers got news through social media, according to a study by Geopoll and Portland Communications last month.

“Fake news is increasingly becoming a big problem in Kenya,” said Alphonce Shiundu, the Kenya editor of Africa Check, a non-profit organisation seeking to boost fact checking and newsgathering on the continent.

Facebook’s seven million monthly users in Kenya will see the new tool to help them evaluate content displayed prominently when they log on. It leads to a page with tips on how to spot fake news, including checking web addresses and sources and looking for other reports on the topic, Facebook said in a statement.

The new tool will be complemented by adverts in newspapers and radio stations. The announcements will be in both English and the local Swahili language.

Fake news, mainly generated by website owners in order to drive readers to their sites to generate advertising revenue, was thrust into the spotlight during the U.S. presidential election last year.

The issue has also become a big political topic in Europe, with French voters deluged with false stories ahead of the presidential election in May and Germany backing a plan to fine social media networks if they fail to remove hateful postings promptly, ahead of elections there in September.

Kenya’s electoral commission said it had been a victim of online fake news but it did not provide details.

Recent examples of fake election news for Kenya include a photograph of a crumbling bridge in a section of a new $3.2 billion railway that Kenyatta touts as one of his main achievements, Africa Check said.

A fake document claiming the company that organised a television debate that Kenyatta snubbed was owned by key Odinga allies was also an example of fake news, the organisation said.

“From the kinds of things that we have seen doing rounds online, on Facebook, WhatsApp, Twitter, and websites mimicking real news sites, we get the sense that there’s a lot of false content about the elections,” Shiundu said.

ASUU to FG: Universities may be shut down again

Tinubu to youths: You will become president…but after me