Yoruba activist Sunday Adeyemo also known as Sunday Igboho, was conspicuously absent from a rally organised by agitators for Yoruba nation in Lagos on Saturday.

The agitators announced their presence at the Gani Fawehinmi Park in Ojota, Lagos, this morning, when they appeared in cultural regalia synonymous with African traditional religion.

The separatists held the rally for the secession of the South-West geopolitical zone despite repeated warnings by security operatives for them to desist.

There was a heavy presence of security operatives at the Gani Fawehinmi Park today with men of the Nigeria Police Force, Nigerian Army, and the Nigeria Security and Civil Defence Corps stationed at the Park.

It was also gathered that men of the Department of State Services were among the joint security forces who were at the venue with scores of patrol vans, heavy anti-riot gun trucks and Black Marias.

A teenager was killed by stray bullets when security operatives tried to disperse the agitators.

Igboho, a key figure in the ex-Senator Banji Akintoye-led Ilana Oodua group, is currently in hiding following a manhunt launched for him by the Department of State Services. He was declared wanted by the secret police for allegedly stockpiling arms.

Ilana Oodua and Igboho’s media aide, Olayomi Koiki, had insisted that the rally would hold despite the DSS raid of Igboho’s Ibadan house on Thursday which led to the killing of two of the activist’s associates.

However, both Akintoye and Igboho were not present at the rally that was attended by their foot soldiers.

Akintoye, Igboho and their apostles have been going across the South-West geopolitical zone to crusade their secessionist campaign, citing injustice meted out to the people of the region as well as worsening insecurity as reasons for their agitation but the Federal Government has insisted on the unity and indissolubility of Nigeria.

Here are some photos of police at the venue: 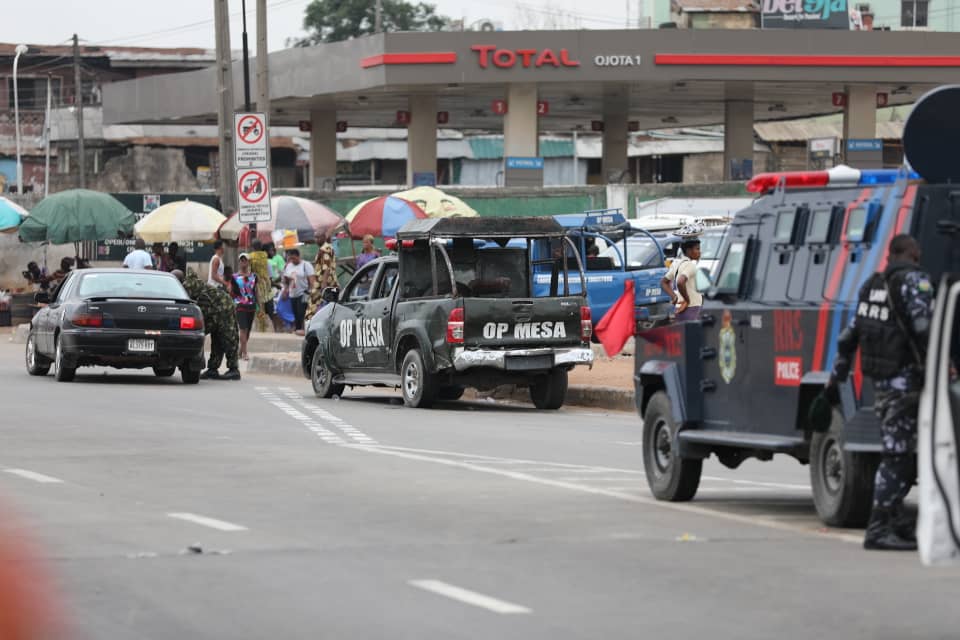 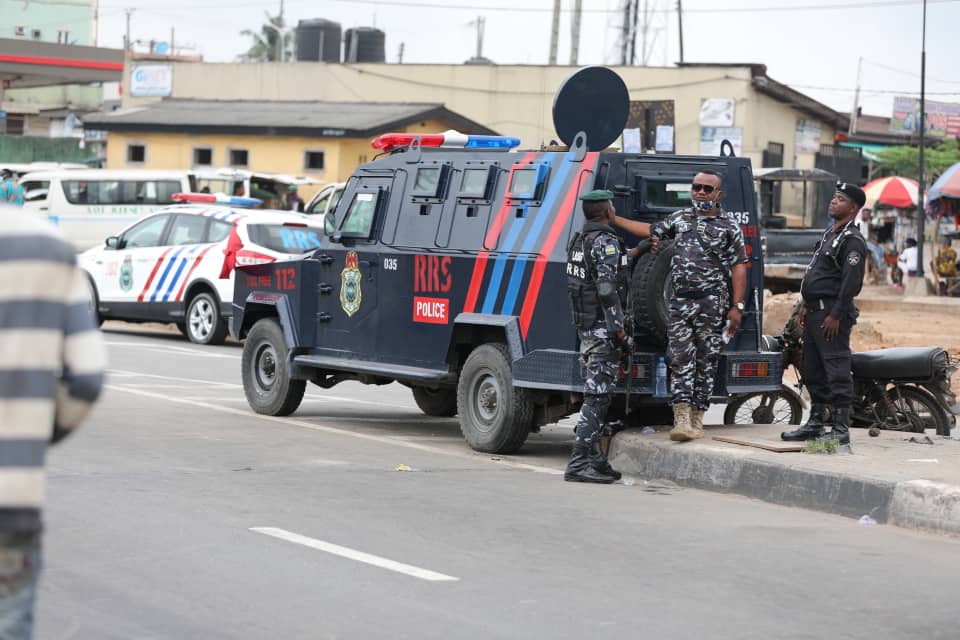 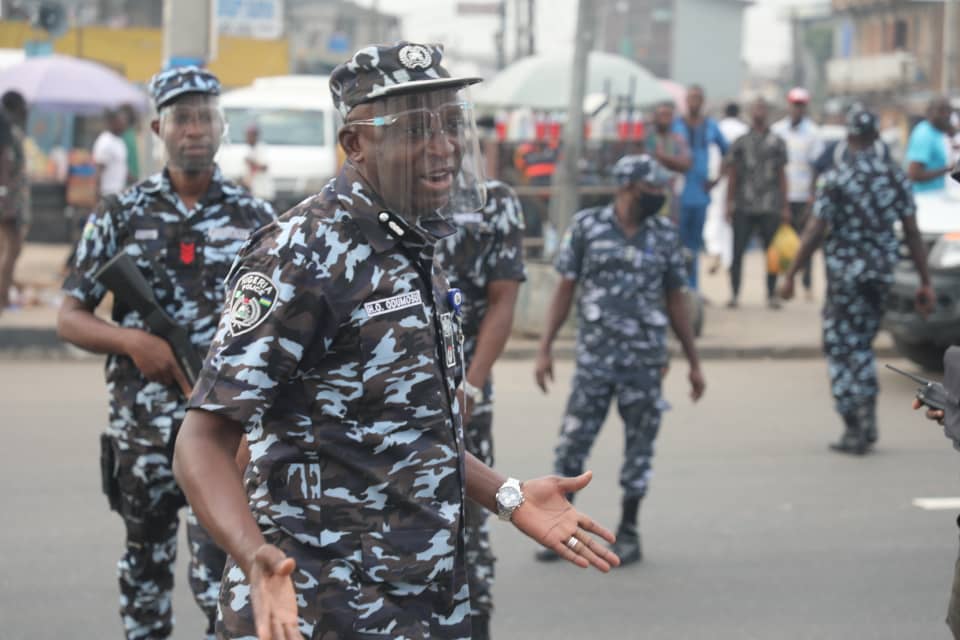 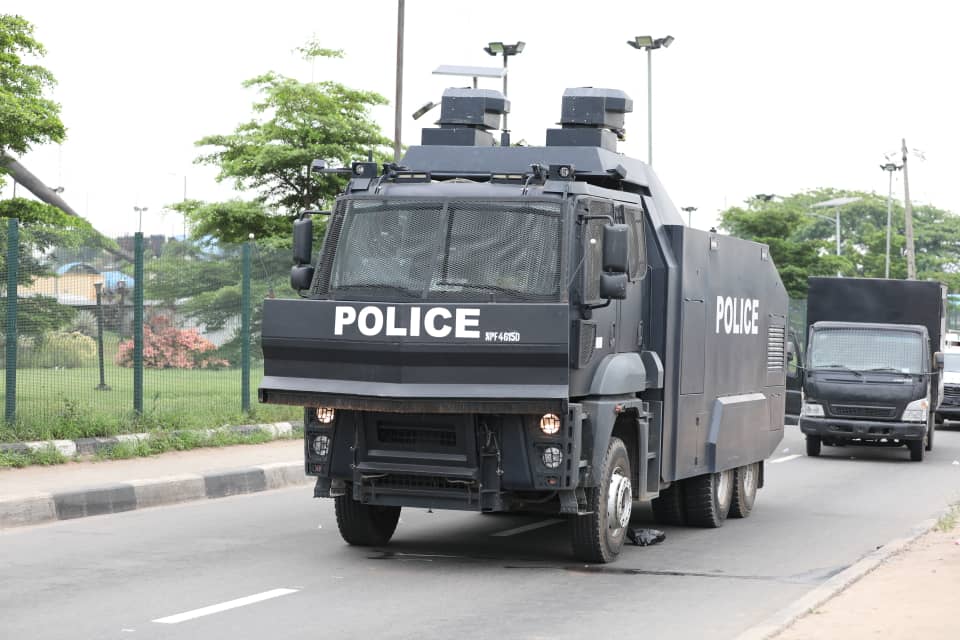 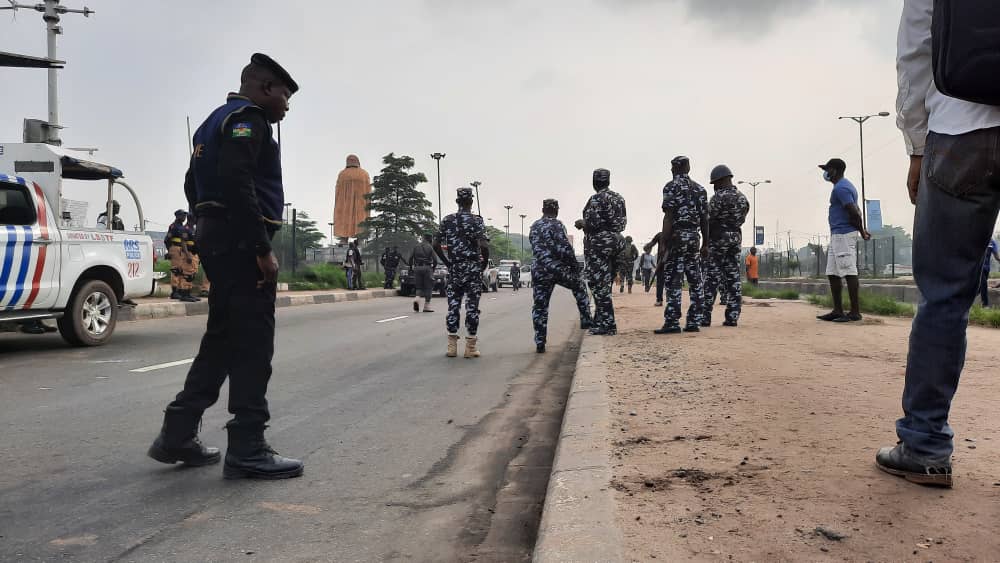 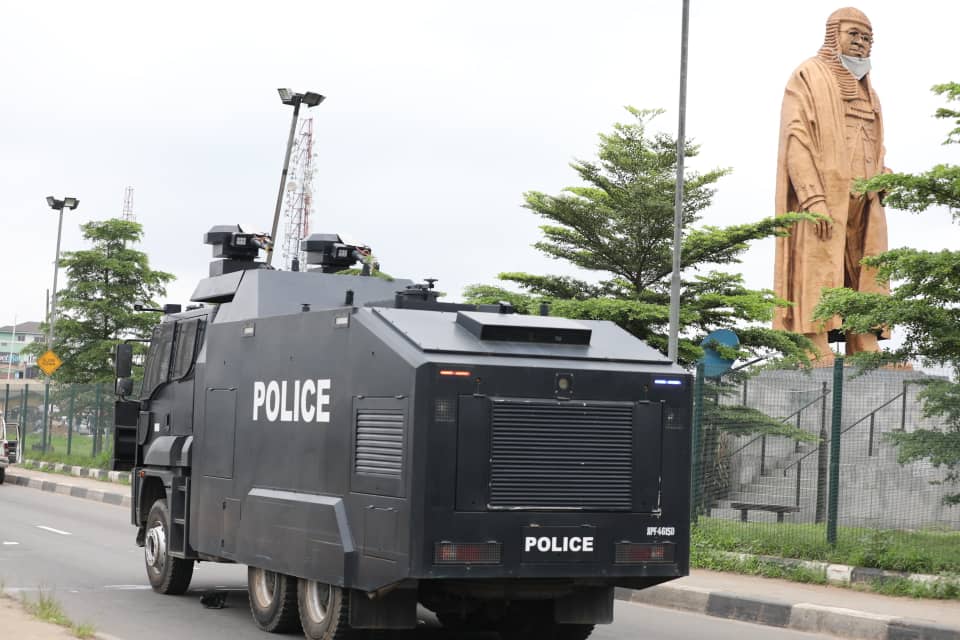 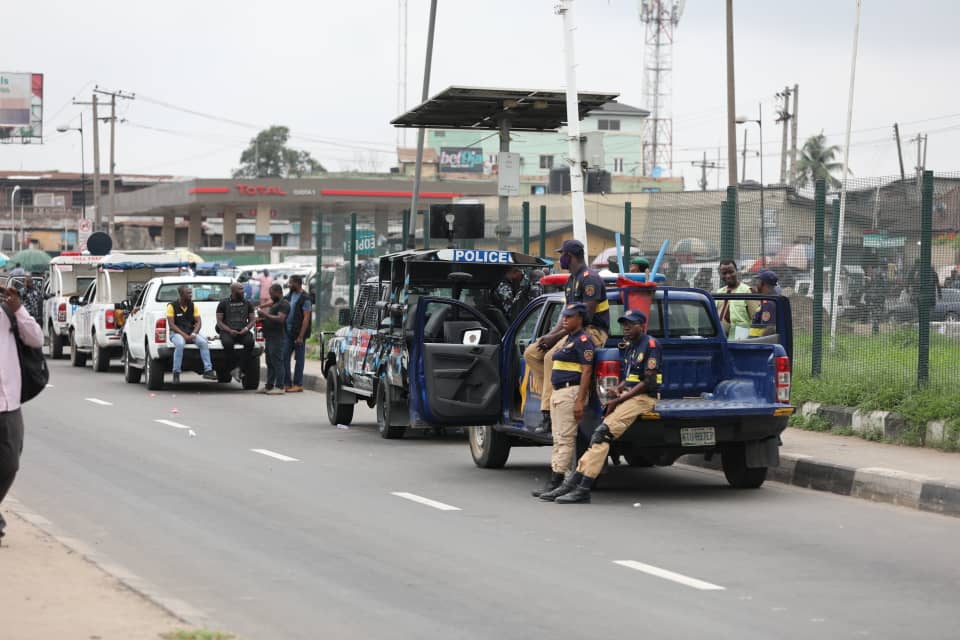 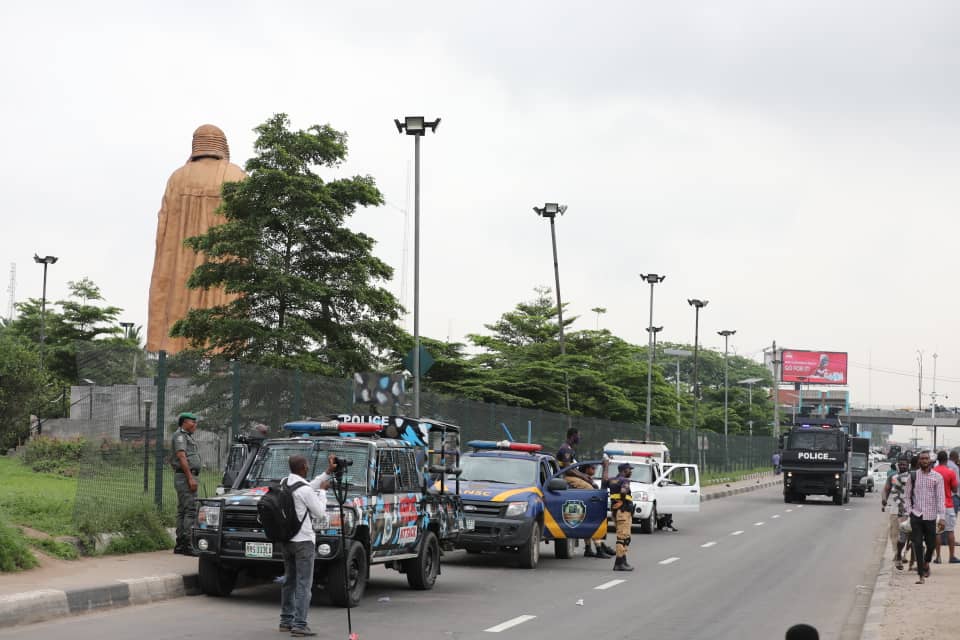 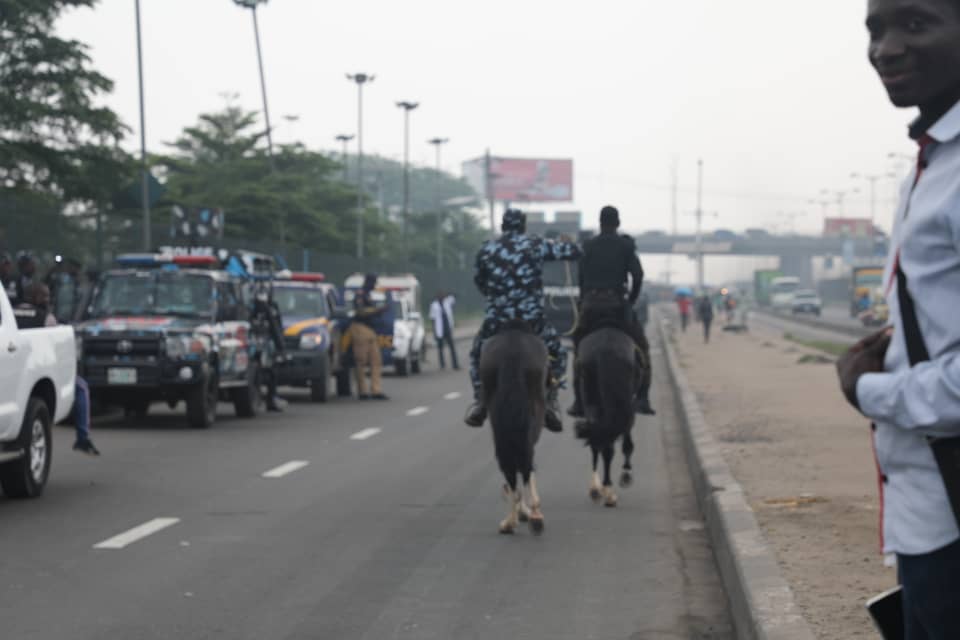 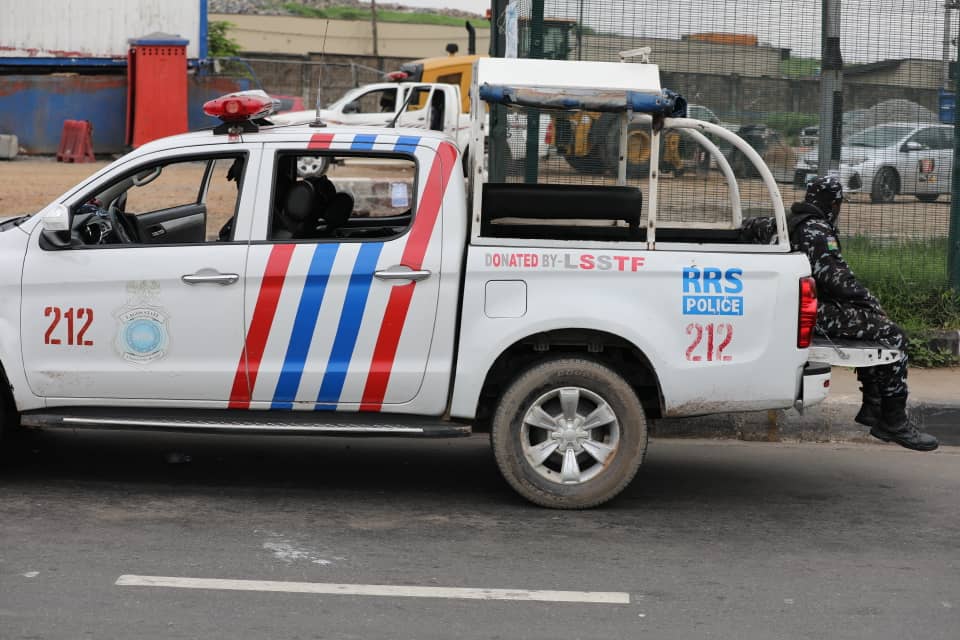 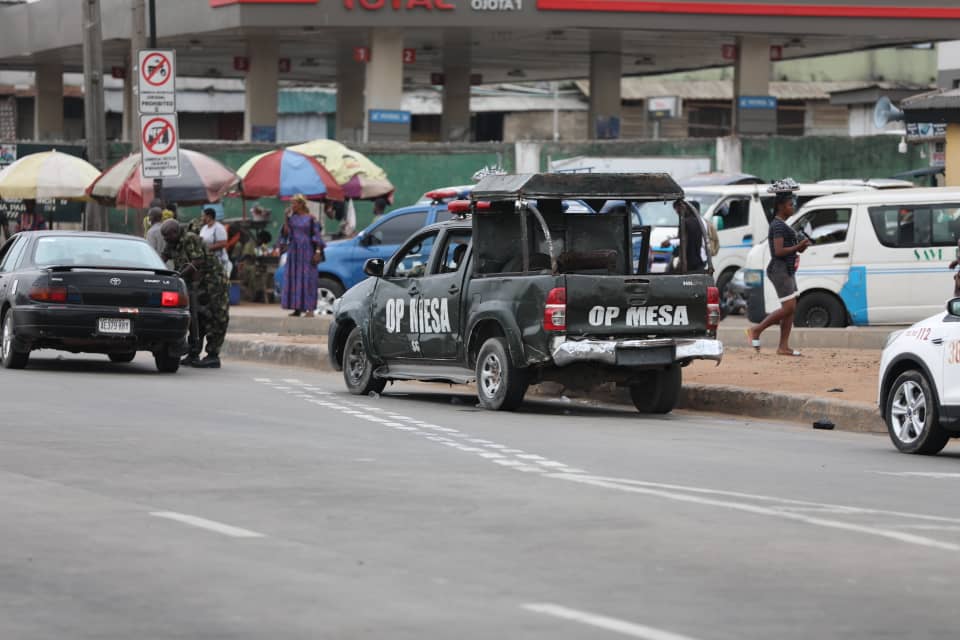 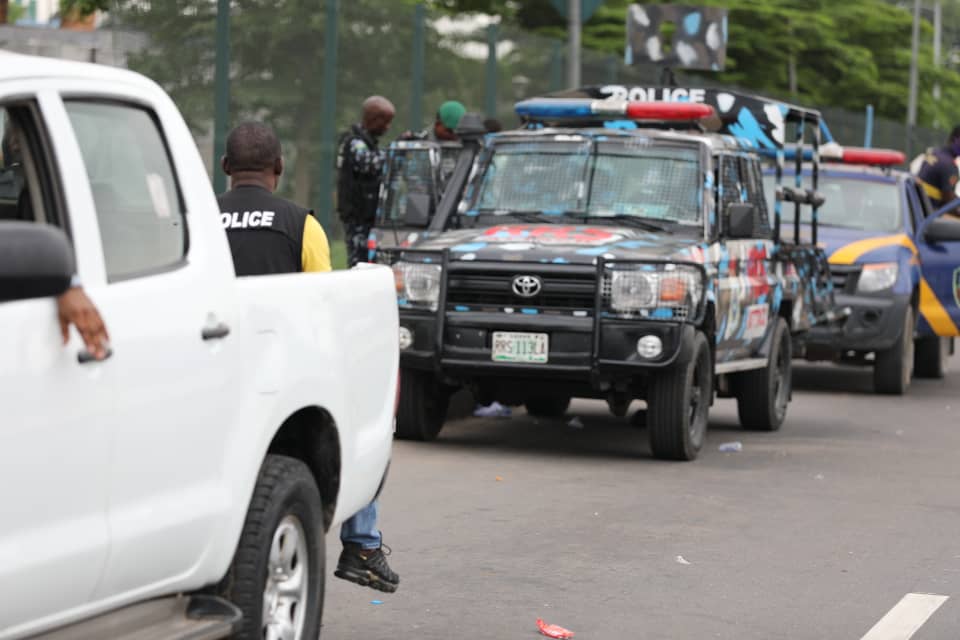