The pastor who few weeks ago, trended in Port Harcourt for calling off a wedding over the purported lateness of the bride, Pastor Essa Oggory is dead.

Tributes have been pouring in for the pastor and his church has released a video of him tagged: “Our cherished moments with Pastor Essa Ogorry.”

A member took to Facebook to claim the pastor was sick and came from Lagos to Port Harcourt for the wedding, which is why he was strict with the couple when they arrived late. 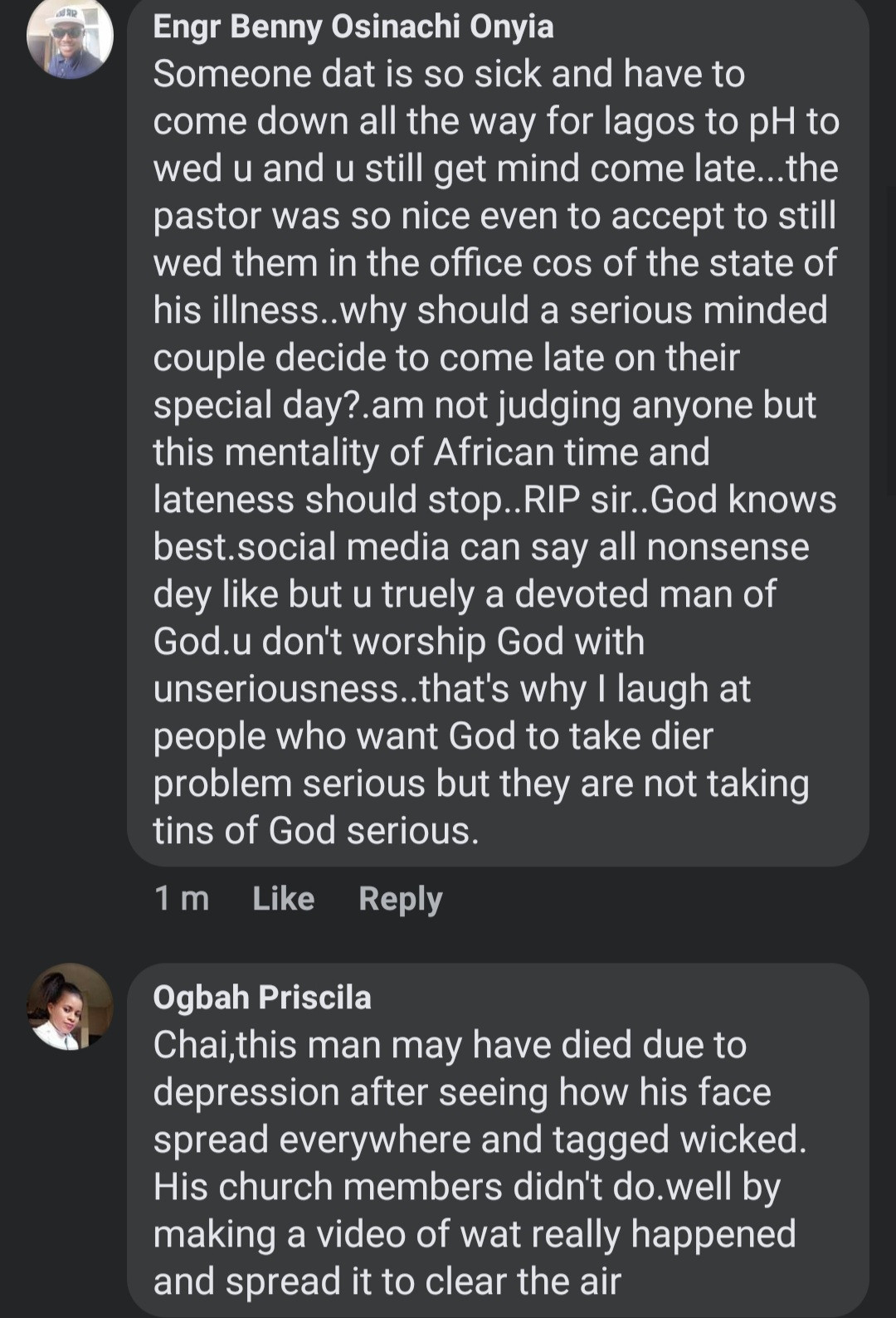