Three people were feared dead on Tuesday at the Second Rainbow Bus Stop along Apapa Oshodi Expressway, Lagos following a clash between commercial motorcyclists, popularly known as Okada, and officials of the Lagos State Task Force.

The News Agency of Nigeria reports that trouble started after officials of the Task Force stormed the area in the morning and seized some motorcycles. 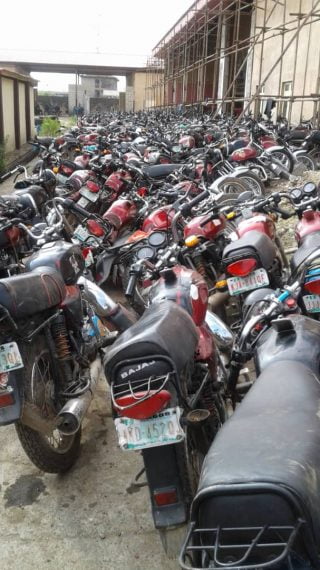 Emmanuel said most of the riders in their axis were from Adamawa State, who had come to Lagos to earn a living legitimately for their families up north.

He said: “We did not join the #EndSARS protest during the height of the crisis because we decided that it is not what we came to Lagos State to do.

“The task force came with hoodlums in their vans brandishing cutlasses, and they have killed three of our people just because we are legitimately making a living in the city.”

Emmanuel told NAN that if they were regarded as fellow Nigerians, then why would the Lagos State Government be interested in making life unbearable for its citizens who are legitimately pursuing their means of livelihood?

He added: “This is not fair, we are all Nigerians.

“Some of us have families in our villages that we travel home to every December to give something to.

“Why are they making life difficult for us by collecting our bikes?

“What do they expect us to do now that they have seized our bikes again? 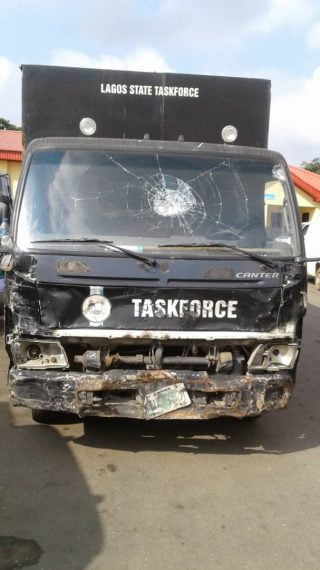 “Please we just want them to return our bikes to us because they have been cheating us for a very long time now.”

In the same vein, Aliyu Muritala, Treasurer of the association, said he noticed that the task force majorly aimed at impounding brand new motorcycles and left the old and shabby ones alone.

Muritala said: “This is very unfair.

“Do they not want us to eat?

“You will not provide jobs for us, palliatives that they said you should distribute, you hoard for yourselves.

“Now that we are trying to make a honest living, you people are making life miserable for us.

“Please, we urge you to return our bikes to us because we cannot turn to armed robbery.”

Also, John Gabriel said he recently bought his motorcycle for N185,000, and now that his bike had been taken away, he had been rendered useless.

Gabriel said: “If I am approached to join armed robbery to rob people during yuletide, how will I resist when the government that is supposed to be protecting its people is making life difficult for them?”

John Tumba, a graduate from the Adamawa State University, said he was highly disappointed with the way they were being treated just because they were trying to make a honest living.

Tumba said nothing had been done to Boko Haram, Fulani herdsmen, armed robbers and kidnappers who were operating with impunity in the northern part of the country.

He said: “It is innocent citizens trying to make a honest livelihood that they would be oppressing and this is unfair.

“Lagos Task Force has seized three of my bikes this year alone.

“Am I working for them to be seizing my bikes and auctioning them at meagre amounts whenever they feel like?

“After graduating with no work, and trying to get work for ourselves, we are still being oppressed by the government.

“This is a crime against humanity.” 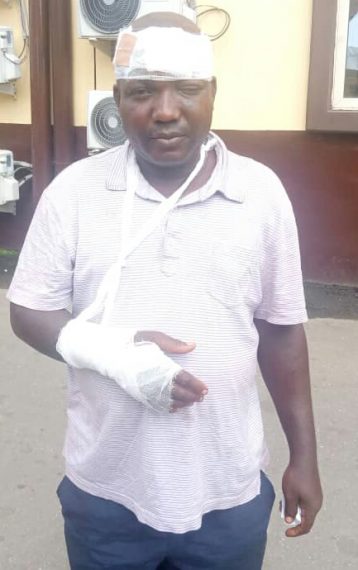 Tumba told NAN that he was able to complete his higher education through the money he made riding okada in Lagos State.

He said: “A lot of my people provide for their families through the money made from okada riding.

“It is like the government is encouraging us to go back home to join terrorist groups and aid them in unleashing mayhem across the country.”

Lawal Gida, one of the riders, said that three of his motorcycles had been seized in the past and whenever he went to claim them at the agency’s office, he would not meet them there again.

Gida said: “I have been to the Task Force office on many occasions to claim my seized bikes, but anytime I get there, I will not find my bike there again.

“It is like a fraudulent system whereby the Task Force seizes bikes from innocent citizens to sell at a cheaper price somewhere else.”

Gida said the government should provide jobs for the seemingly poor populace if they do not want them riding okada in the city again.

NAN reports that the spillover effect of the clash between the commercial motorcycle riders and personnel of the task force resulted into heavy traffic jam in the immediate vicinity of Second Rainbow and beyond.

Meanwhile, Adebayo Taofik, Head Public Affairs Unit, Lagos State Task Force, told NAN that the agency carried out the operation based on series of complaints from the public.

Adebayo said that people complained about activities of these Okada riders using their bikes to rob them of their valuables and plying restricted routes as well.

He said: “After impounding about 74 Okadas caught plying one-way and those operating on highway, Okada riders mobilised themselves and attacked officers of the Agency.

“They damaged beyond repair two of our vehicles with one of our trucks.

“A paramilitary officer attached to the agency (Ganiyu Mustapha) was wounded with broken bottles and cutlass because he mistakenly ran into the mob.”

Adebayo said that since the #EndSARS protest, every motorist, including Okada riders, operated with impunity, thereby causing serious traffic gridlock across the state.

He said: “We had a stakeholders meeting with their leaders and they made us to understand that those flagrantly disobeying the laws were not responsible to any associations in Lagos.

“We must all join hands together to salvage the state from the hands of these notorious criminals who use okada to perpetrate evil on the public.”